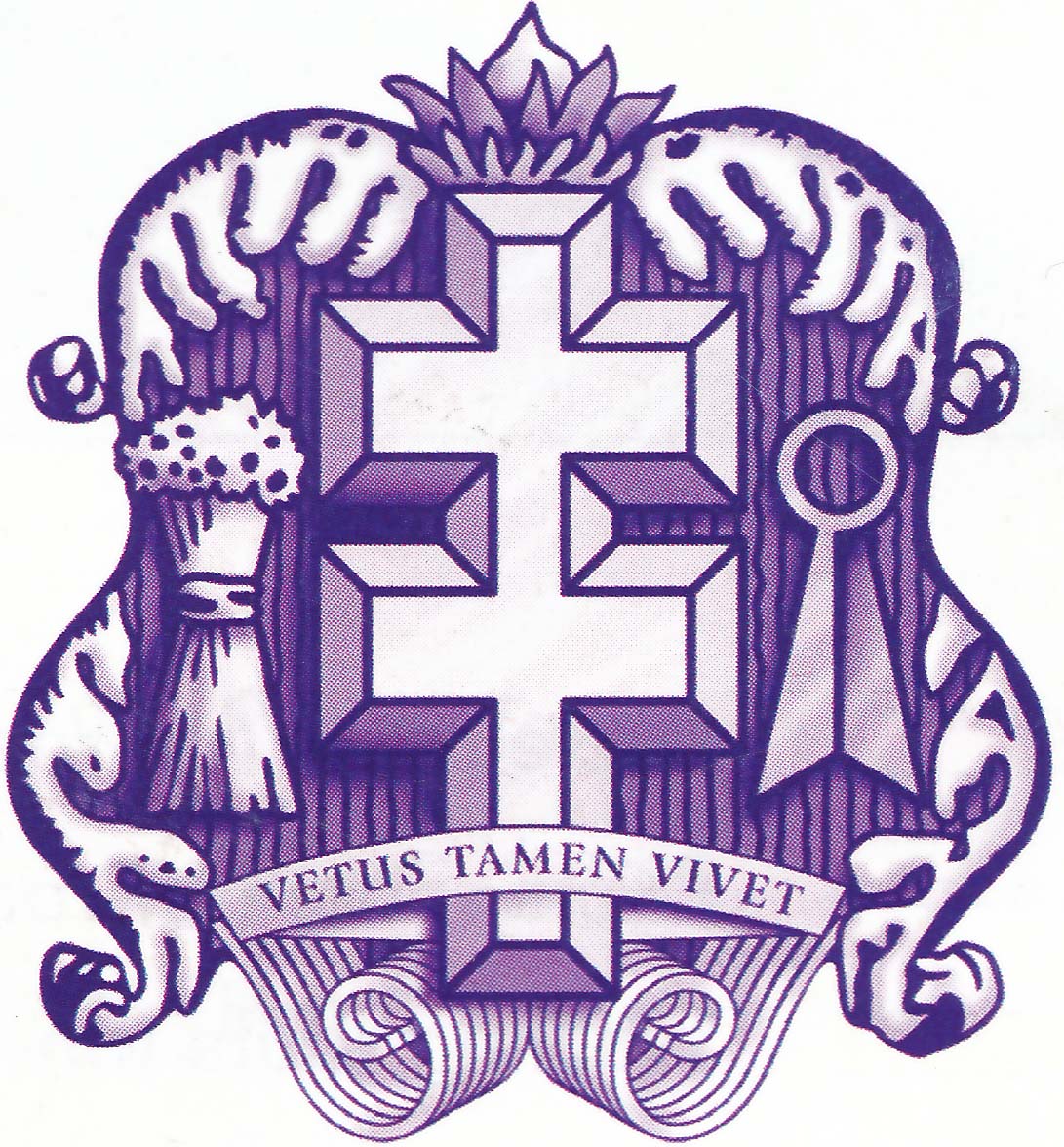 Home » About the Project » The Thame Cross

The two-bar cross, often called the Patriarchal Cross, is a representation of the Holy Cross that appears in the religious art of many countries. In heraldry it denotes the rank of bishop or archbishop and, as the Bishop of Rome, St Peter is often depicted with a two bar cross.

In 1940 a hoard of mediaeval rings was discovered in Thame, one of which was a reliquary ring set with an amethyst in the shape of a two bar cross. The ring, which has been described as one of the finest in England, is displayed at the Ashmolean Museum in Oxford.  By 1941 the cross was being used as a town symbol, possibly in association with the Cross of Loraine which had been adopted by the free French.

The two bar cross is central to Thame Town Council’s official logo today and appears on the ceremonial chain worn by the Mayor.  Many organisations in the Town, including Thame Museum, have chosen to make it part of their emblem.  The Thame Cross was therefore a natural choice for the symbol of Thame Remembers.